Lewis and Clark's journey was successful, in part, because of help received from Native Americans. The expedition had its first meetings with the Yankton, Teton and Arikara while in present-day South Dakota.

The explorers had their first council with a Sioux tribe, the Yankton, at Calumet Bluff on Aug. 30, 1804. The two groups met under the shade of an oak tree. Lewis delivered his customary speech, promoting commerce with the United States, and presented the chiefs with gifts of tobacco, clothing and peace medals. The council continued into the next day, when the chiefs gave their own speeches. On Sept. 1, the Corps of Discovery proceeded up the river. On the return trip, the explorers would meet up with these "good men," as Clark referred to them in his journal.

Legend of Struck by the Ree

About the time of the council at Calumet Bluff, a Yankton baby was born. Legend has it that Meriwether Lewis took the baby boy in his arms and wrapped him in an American flag. The boy grew up to become Struck by the Ree, a respected Yankton chief who led his people through troubled times. The chief lived to be an old man, affectionately known to his people as Old Strike. You can visit his grave today at a tiny cemetery north of Greenwood.

From Conflicts to Celebration

Lewis and Clark's first meeting with the Teton got off to a shaky start. The two groups barely avoided a confrontation at the Bad River on Sept. 25, 1804. The next day, however, the Teton hosted a grand celebration. They carried the captains on buffalo robes to a large tent where they served a feast of roasted dog, prairie turnips, and pemmican. After dark, the Teton built a glowing fire, and dancers swirled around the flames to the sounds of drums and rattles. That night, the Teton gave the explorers a supply of bison meat to take with them as they continued up the river.

Sojourn with the Arikara

It was early October when the expedition stopped at an Arikara village. As the entourage approached, the villagers lined the shore to witness a curious sight. The captains realized the Arikara were fascinated by York, Clark’s servant and the expedition’s only black man, fascinated the Arikara. Clark wrote in his journal the Arikara flocked around him and examined him from top to toe. Over the course of several days, the two groups held councils, shared meals and exchanged gifts. One Arikara chief gave the explorers ten bushels of corn, beans and squash to take on their journey. 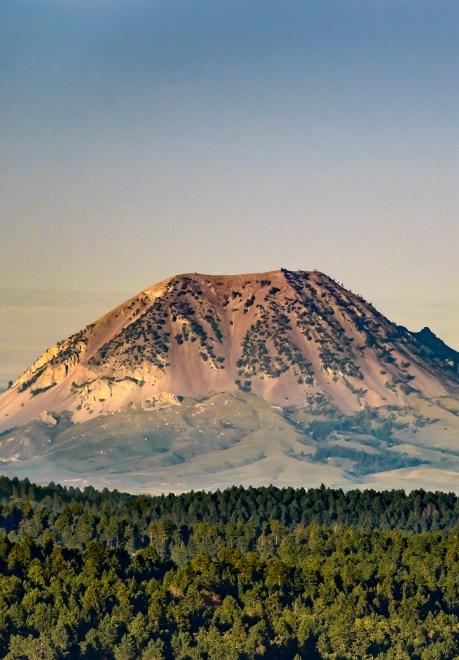