An important part of Native American and South Dakota culture.

PUNISHED WOMAN'S LAKE AND ENEMY SWIM LAKE are just a few of the beautiful names assigned to the Glacial Lakes in northeast South Dakota.

Legends behind the names include tales of lost love, bountiful hunts and bloody battles. And the stories preserve an important part of Indian and South Dakota culture.

The last huge glacier, during the Wisconsin Period (between 75,000 and 10,000 years ago), created the Glacial Lakes that dot the Coteau des Prairies, a rise that covers much of South Dakota’s eastern quarter. In A New South Dakota History, geographer Ed Hogan explains that two glaciers sat on either side of the Big Sioux River, which drains and bisects the coteau. The glacier on the east side melted quickly, leaving valleys, while the western glacier melted more slowly, resulting in lakes and sloughs.

Many lake legends originated in prehistoric times, making them impossible to trace. “Most of what was thought to be reality in those days got changed, or became legends,” says Elden Lawrence, a member of the Sisseton Wahpeton Oyate tribe and former president of Sisseton Wahpeton College. “Legends are kind of a safe haven. They don’t have to be true or false, they’re just there. So a lot of them, we don’t know for sure what they’re based on. Some of them go into mythology, which was part of the old culture. It’s hard to track down what’s authentic.”

Lawrence says legends were an important part of oral history, an integral component of Native culture. “We didn’t have any written books. History was passed down from one generation to another. It’s just like any modern school system. You can tell people things and they’ll forget. But you always remember a story, or a legend. It was a way of preserving a record of certain events or places. To oral history, legends were like a library, and the more you could remember the more knowledge you had. It was their one way, maybe their only way, of preserving history.”

Legends are still revered by tribal elders, but Lawrence believes younger generations don’t have the same appreciation. For years elders and youth gathered on the shore of Enemy Swim Lake so the elders could tell the lake’s story, but that tradition ended. “An elder told me that young kids no longer sit at the feet of the elders, they sit at the feet of the TV,” Lawrence says.

“Legends are kind of a safe haven. They don’t have to be true or false, they’re just there."

Warring bands of Sioux and Chippewas fought in 1812 at Enemy Swim Lake, northeast of Waubay. Today the battle makes a captivating campfire story for visitors to NeSoDak Bible Camp, which sits on the site where the battle began.

Sioux men danced and sang around a campfire built on a peninsula jutting from the lake’s southern shore. A group of Chippewas on a hunting trip saw the firelight and planned a surprise attack as the Sioux slept.

Sioux warriors guarded the peninsula, so the Chippewas made rafts and floated quietly to a nearby island, then waded in waist deep water. The Sioux heard their splashing and attacked, shouting “Toka nuapi” (the enemy swims) as the Chippewas swam north toward Shepherds Point. The Sioux chased them over land and eventually killed the entire party.

In 1918 Jack Rommel built Camp Dacotah, a hotel and fishing resort, on the peninsula and decorated it with Indian artifacts found around the lake. The site became NeSoDak Bible Camp in 1942, one of five camps operated by Lutherans Outdoors. Rommel’s hotel is NeSoDak’s main lodge and Rommel’s cabin houses campers. A stone fireplace in the lodge features grindstones and arrowheads, and the cabin boasts a large native stone chimney.

When homesteaders settled around Punished Woman’s Lake in Codington County, they found two huge stone effigies lying atop a grassy mound three miles south of the lake. Indians had used 104 boulders to create a 13-foot outline of a man lying on his back with outstretched arms. About 40 feet away was the slightly smaller figure of a woman, lying in the same position. They likely memorialized the sad tale of Wewake and Black Bear.

The two were in love, but Wewake’s father opposed the union. Four times Black Bear brought gifts to Wewake’s father, but he refused them. Instead he accepted offerings from White Tail Wolf, a 60-year-old chief, and gave his daughter to him. The young lovers eloped and fled to the knoll south of the lake, where warriors from the tribe captured them. White Tail Wolf killed Black Bear and tied Wewake to a tree. She declared her love for Black Bear until the old chief stabbed her in the heart. White Tail Wolf prayed that the two be buried dishonorably, and crafted the stone effigies as a reminder of his unfaithful wife. The Great Spirit heard him and sent a bolt of lightning from a clear blue sky that killed him.

Archaeologist T.H. Lewis sketched the effigies in 1883, but they were almost completely destroyed by 1914. Today South Shore community members re-enact the legend at the Punished Woman’s Pageant. An Indian chief tells the story to children as local actors recreate the scenes. An exhibit is also displayed at the Overland Country School and Museum in South Shore.

When the water is low around Stony Point, on the southeastern shore of Lake Kampeska near Watertown, you can see a rocky island surrounded by buoys to protect unsuspecting boaters. It is a popular resting spot for water birds and the place where centuries ago a young Indian maiden named Minnecotah was left to die.

Many warriors from her tribe wanted to marry Minnecotah, but she was in love with a Wahpeton hunter. To satisfy the locals, Minnecotah said she would marry the man who could throw a stone the farthest into the lake. The men spent days heaving tiny pebbles and huge rocks, but the waves tossed them until no one could tell who won. They threw so many stones an island formed. By then they realized the contest was a ruse, so they kidnapped Minnecotah and placed her on the rocky island with no food. She survived with help from a white pelican that brought fish and berries. Her lover returned to rescue her and they went to live near his home in Wahpeton country. The warriors, discovering that Minnecotah was gone, believed that the sun god had sent the white pelican to take her away.

Stony Point was once an Indian campsite; arrowheads are still found there. And the legend of Maiden’s Isle has become an important part of local culture. Florence Bruhn, a former high school art teacher, adapted it to establish Ki-Yi Days, Watertown’s homecoming celebration.

Lake Tetonkaha is one of eight connected glacial lakes that surround Oakwood Lakes State Park, northwest of Brookings. The place was once a summer camp and popular gathering place for Indians. One summer a group of Sioux warriors stayed late into autumn because a large buffalo herd was there. They became trapped when an early blizzard caught them off guard. Wood was scarce, so the hunters built a huge community tent.

They stayed the entire winter. When spring arrived they removed the buffalo hides they used for shelter, but left the poles standing. Indians who saw the poles called the place Tetonkaha Bde (the standing of the big lodge house), and the lake became known as Lake Tetonkaha.

In 1869 settler Samuel Mortimer built a cabin nearby that still stands, and the park visitors center displays Indian artifacts found around the lakes.

There are several Long Lakes in South Dakota, but the one northeast of Lake City in Marshall County might hold treasure. A Santee Sioux named Gray Foot told his sons on his deathbed in 1910 that he buried a flour sack full of gold coins worth $56,000 between two willow trees on the lake’s east shore.

A group of Santees, including Gray Foot, raided the agency in Martin, Minn., on payday during the Sioux Uprising of 1862. Some soldiers were killed and the government payroll chest looted. When Gray Foot heard the War Department declare that anyone found with gold from the chest would be hanged, he buried it. His sons tried many times to find the hidden gold, but left Long Lake none the richer. 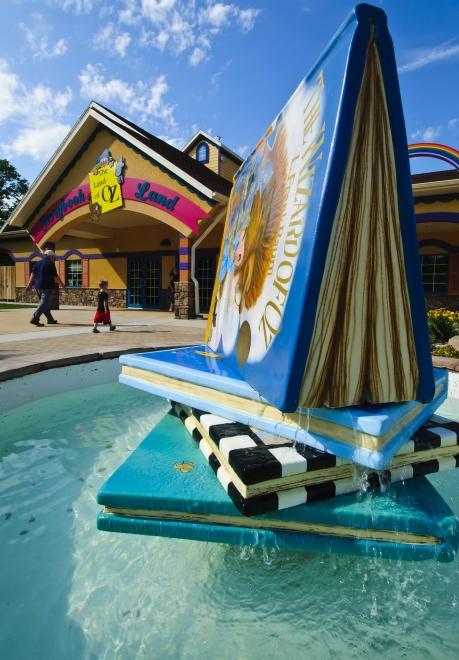 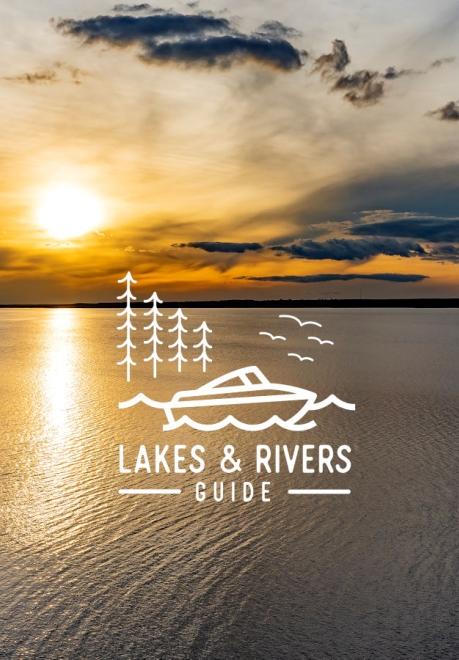 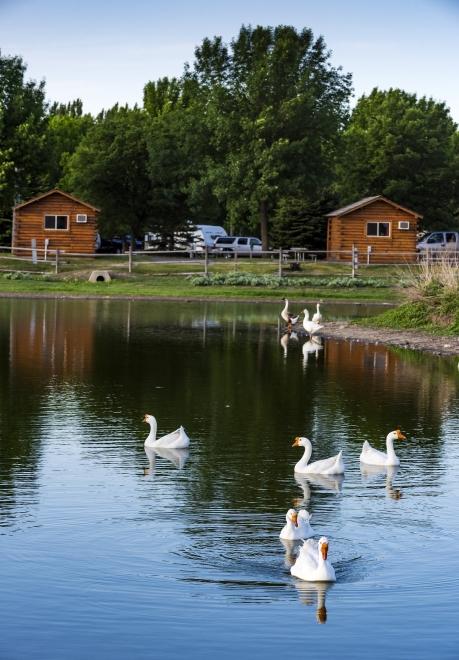 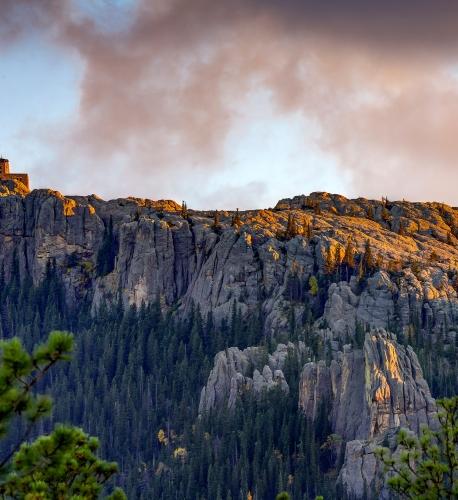