IN THE MIDDLE OF IT ALL: The Center of The Nation in Belle Fourche

For anyone traveling through northwestern South Dakota, there is always a photo opportunity waiting down a gravel road and through a gate, where there’s an American flag waving above a windswept farm in a place that feels like the heart of America.

About 30 minutes south and east is a second photo opportunity at the official Center of the Nation Monument in Belle Fourche, located in the heart of South Dakota's Black Hills. The colorful history of the designation and this monument is a true piece of Americana.

Getting to the middle of things is never as easy as it seems, especially when it comes to the United States. The exact geographic center of our nation is a topic that has undergone tremendous scrutiny and deliberation throughout the last century. Agencies like the National Geodetic Survey (NGS) have devoted a surprising amount of resources to determine where this designation of centricity belongs.

Starting in 1918, people considered the small prairie town of Lebanon, Kansas, to be the undisputed center of the United States. Scientists with the NGS determined this location after conducting a comically simple experiment – they balanced a cardboard cutout of the U.S. on a pinpoint. Astonishingly, their balancing act later proved to be accurate within 20 miles.

However, with the additions of Alaska and Hawaii in 1959, the geographic center of the nation shifted hundreds of miles northwest to a farm outside Belle Fourche, South Dakota. That October, a few dozen people gathered on that remote plot of land to watch the raising of an American flag at the newfound heart of the nation. 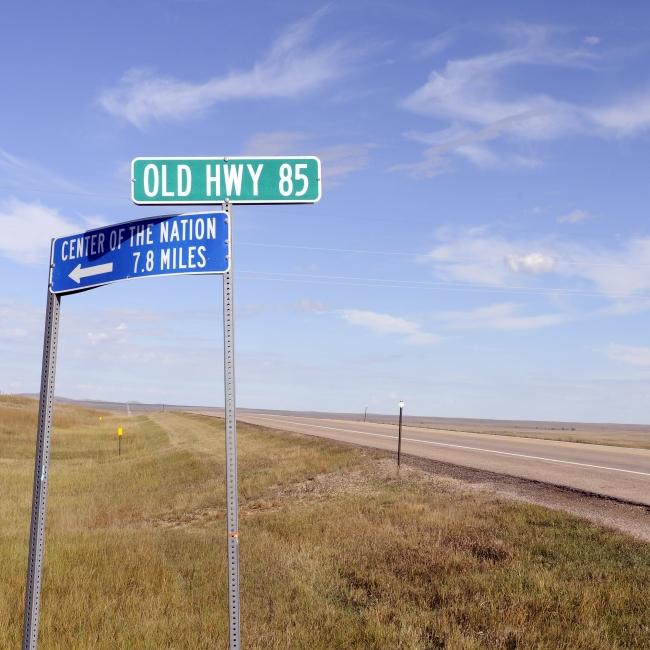 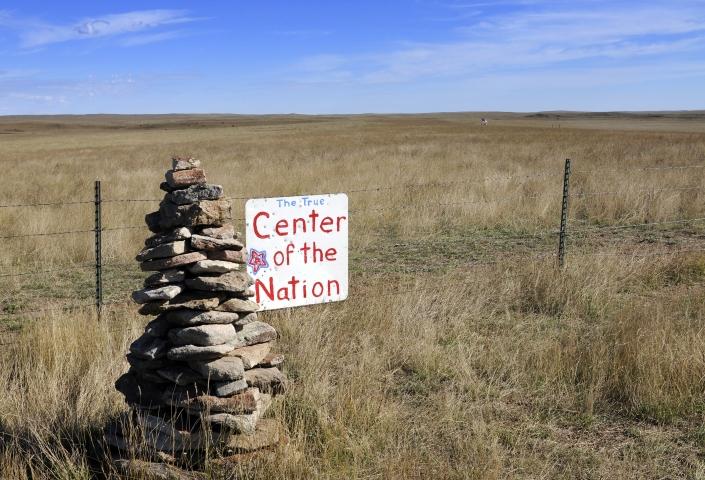 Getting to the middle of things is never as easy as it seems, especially when it comes to the United States. The exact geographic center of our nation is a topic that has undergone tremendous scrutiny and deliberation throughout the last century.

In the years just before Belle Fourche was found to be the nation’s new center, a widow from Hammond, Montana, began to take an interest in this modest yet vital ranching and farming community. Mrs. Roy Williams’ late husband left behind an extensive and valuable collection of artifacts from the Old West. Williams wanted to donate the entirety of this collection, along with $1,000, to the city of Belle Fourche to open a museum and preserve the area’s history.

On June 15, 1955, a small committee of businessmen and community leaders from Belle Fourche met to discuss using Mrs. Williams’ donation to open what would become the Tri-State Museum. Nearly six decades and one major location upgrade later, the museum still welcomes visitors from all over the country to explore exhibits packed with antique photographs, artifacts, documents and memorabilia depicting life in the Old West. 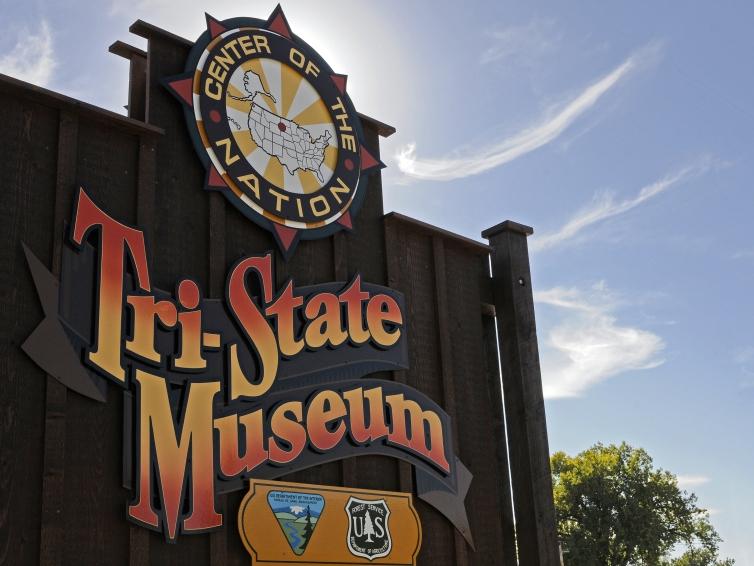 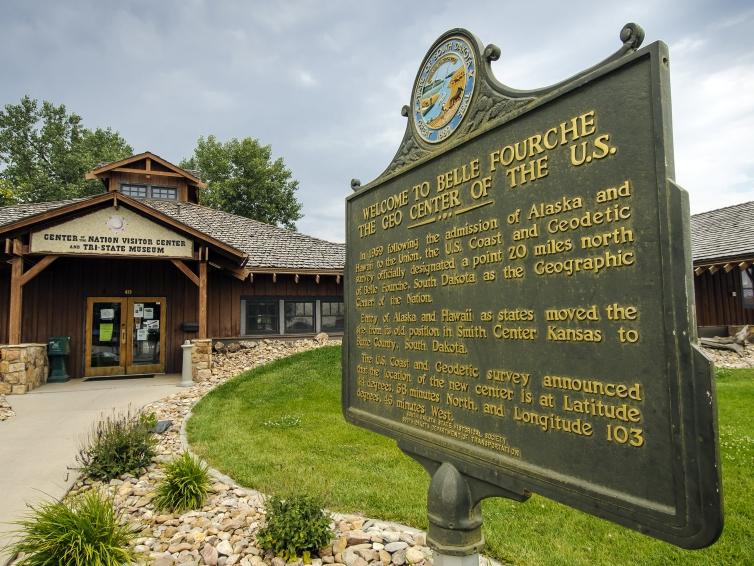 By 2007, Belle Fourche had embraced its designation as the nation’s center, but didn’t have much to show for it other than a flag and a survey marker on a plot of private land. That’s when the Belle Fourche Chamber of Commerce and the Center of the Nation Planning Committee decided they needed a more appropriate monument. On August 21, 2007, the Center of the Nation Monument was unveiled directly behind the museum and visitor center at 415 5th Avenue.

The 54,000-pound monument shaped in a compass rose is made of South Dakota granite etched with a map of the United States. The monument makes a convenient photo opportunity for visitors who want to get a picture near the center of it all, despite the fact that it is actually 21 miles south of the official coordinates. People don’t seem to mind though, and employees at the museum and visitor center are more than happy to provide directions to the more modest yet accurate marker to the north. Even the farmer who owns the land there is happy for people to stop by. From the junction of US Highways 212 and 85 in Belle Fourche, it’s a 13-mile drive north followed by a left turn onto Harding County Road. After continuing 7.8 miles west, there is a barn on the left and to the right a red, white and blue sign indicating the site.

Constantly shifting shorelines make pinpointing the exact geographic center of the United States nearly impossible. In fact, even the NGS no longer endorses any point as the official center. However, for anyone traveling through northwestern South Dakota, there will always be a photo opportunity waiting down a gravel road and through a gate, where there’s a flag waving above a windswept farm in a place that feels like the heart of America. 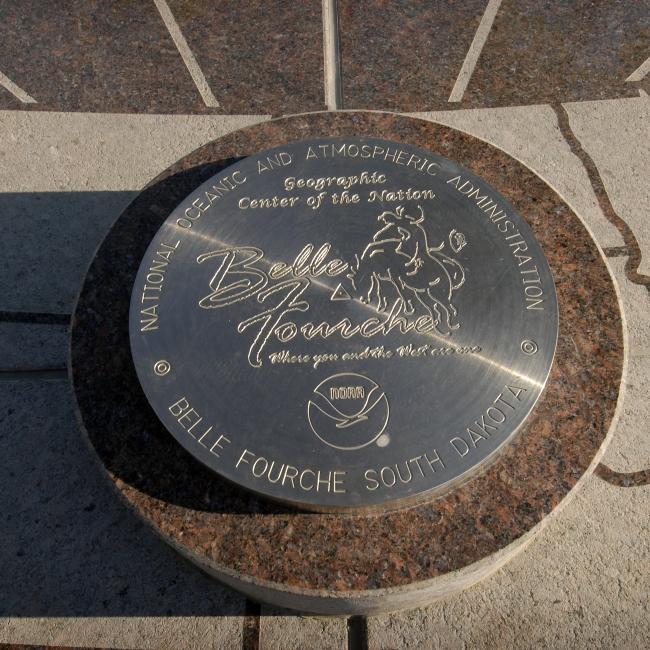 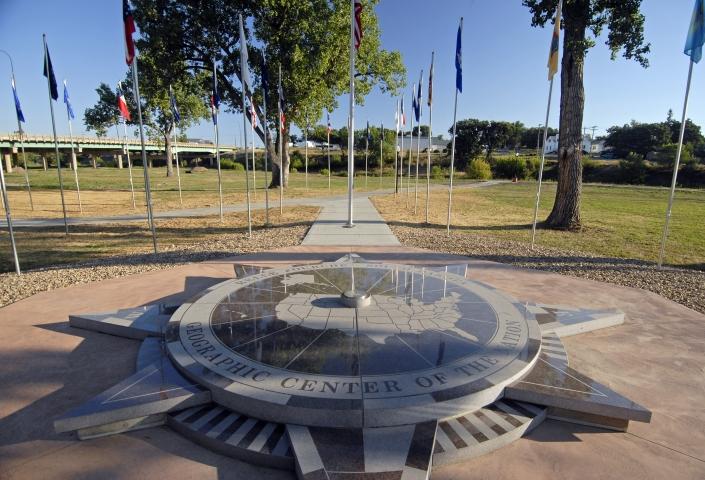 Explore More of The Black Hills 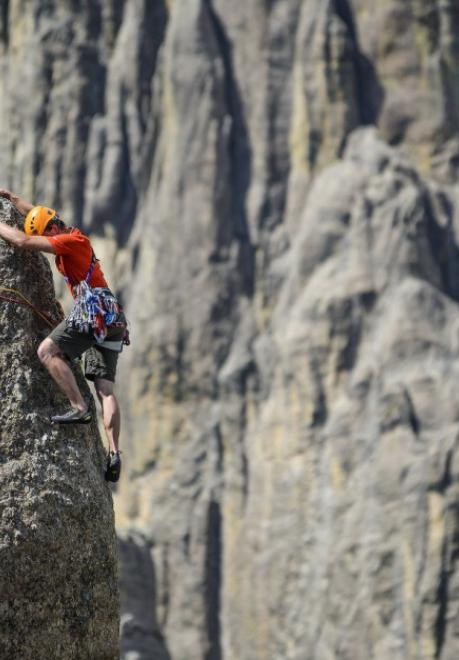 Experience The Badlands and Native American History in A Day 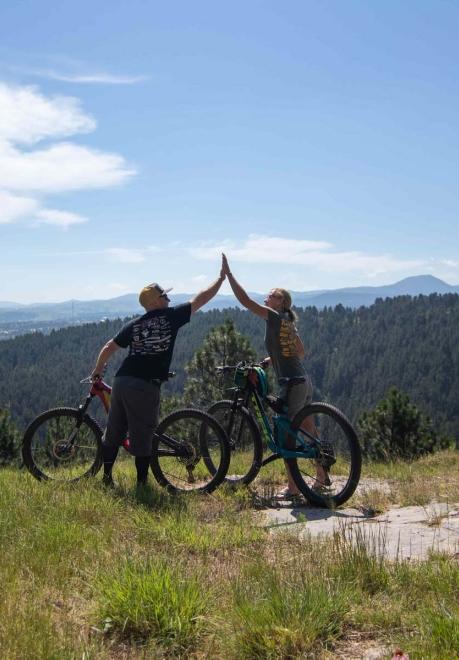 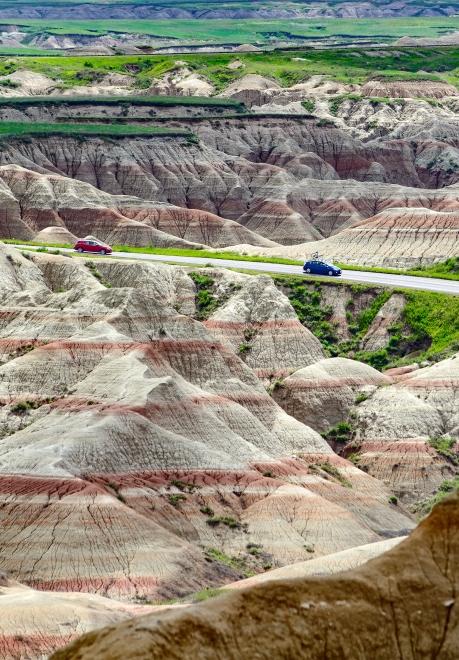