Western South Dakota is home to incredible sights like the Badlands and the Needles of the Black Hills, but nothing “sticks out” quite like Mount Rushmore National Memorial. This giant monument is celebrated its 75th anniversary in 2016. In honor of this milestone, here are 75 facts about the sculpture that hav captured the imaginations of so many.

1. The idea of creating a sculpture in the Black Hills was dreamed up in 1923 by South Dakota historian Doane Robinson. He wanted to find a way to attract tourists to the state.

3. Robinson initially wanted to sculpt with the likenesses of Western heroes like Oglala Lakota leader Red Cloud, explorers Lewis and Clark, and Buffalo Bill Cody into the nearby stone pinnacles known as the Needles.

4. Danish-American sculptor Gutzon Borglum was enlisted to help with the project. At the time, he was working on the massive carving at Stone Mountain in Georgia, but by his own account said the model was flawed and the monument wouldn’t stand the test of time. He was looking for a way out when South Dakota called.

5. Borglum, a good friend of the French sculptor Auguste Rodin, dreamed of something bigger than the Needles. He wanted something that would draw people from around the world. He wanted to carve a mountain.

6. Besides, the Needles site was deemed too narrow for sculpting, and the mountain had better exposure to the sun.

7. Borglum and his son, Lincoln, thought the monument should have a national focus and decided that four presidents should be carved.

8. The presidents were chosen for their significant contribution to the founding, expansion, preservation, and unification of the country.

10. Thomas Jefferson (1743–1826) was chosen to represent expansion, because he was the president who signed the Louisiana Purchase and authored the Declaration of Independence.

11. Theodore Roosevelt (1858–1919) was chosen because he represented conservation and the industrial blossoming of the nation.

12. Abraham Lincoln (1809–1865) was chosen because he led the country through the Civil War and believed in preserving the nation at any cost. 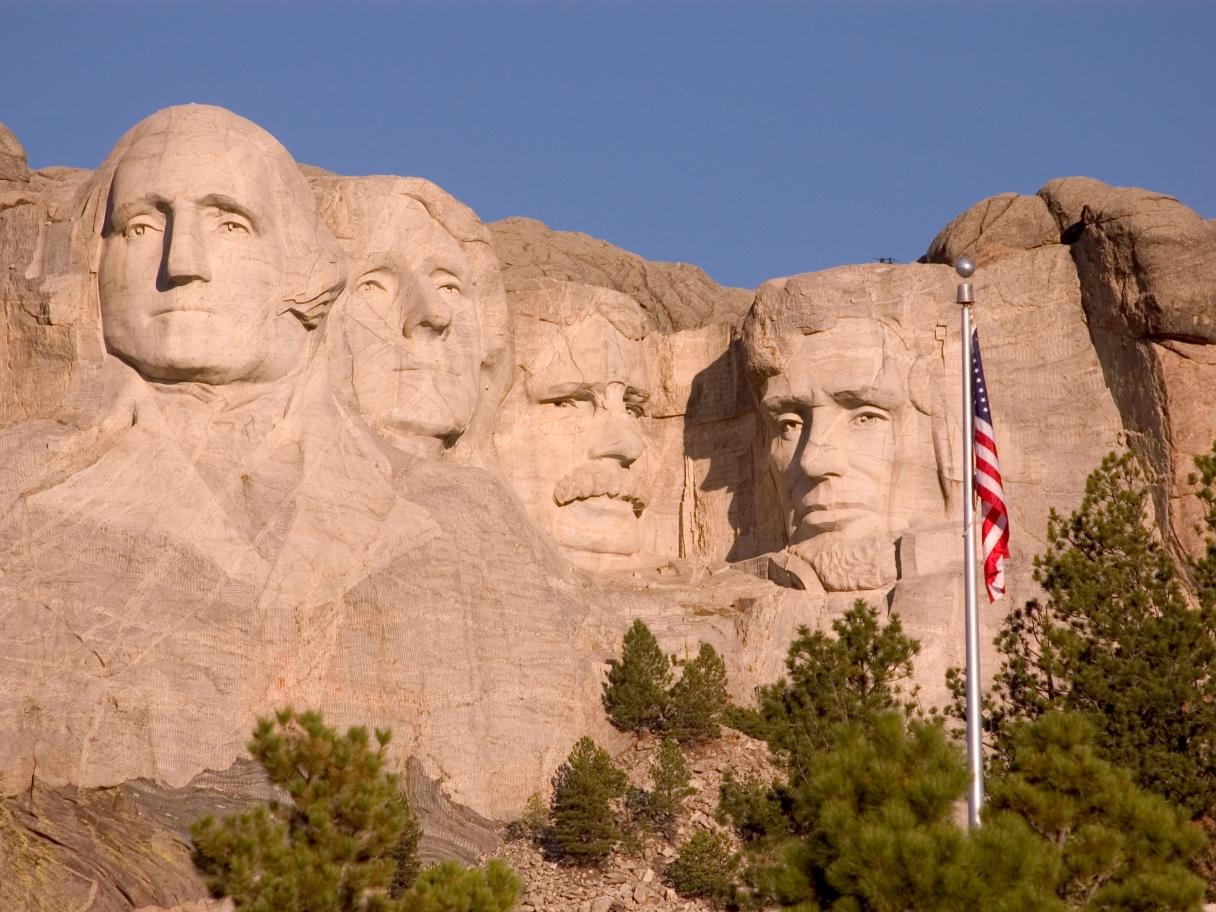 13. The mountain that Borglum chose to carve was known to the Lakota as the “Six Grandfathers.”

14. It had also been known as Cougar Mountain, Sugarloaf Mountain, Slaughterhouse Mountain, and Keystone Cliffs, depending who you asked.

15. The mountain’s official name came from a New York lawyer who was surveying gold claims in the area in 1885.

16. Charles E. Rushmore asked his guide, William Challis, “What’s the name of that mountain?” Challis is said to have replied, “It’s never had one…till now…we’ll call the damn thing Rushmore.”

17. In 1930, the United States Board on Geographic Names officially recognized it as Mount Rushmore.

20. Remarkably, no one died during construction.

21. The men who worked on the mountain were miners who had come to the Black Hills looking for gold.

22. Although they weren’t artists, they did know how to use dynamite and jackhammers.

23. The Borglums did hire one artist, Korczak Ziolkowski, to work as an assistant on the mountain. But after 19 days and a heated argument with Lincoln Borglum, Ziolkowski left the project. He would later begin another mountain carving nearby, Crazy Horse Memorial, which today is the world’s largest mountain sculpture in progress.

24. Mount Rushmore once had an amateur baseball team.

25. Because Gutzon and Lincoln Borglum were so competitive, they would often hire young men for their baseball skills rather than their carving and drilling skills.

27. The image of the sculpture was mapped onto the mountain using an intricate “pointing machine” designed by Borglum.

30. Afterwards, fine carving was done to create a surface about as smooth as a concrete sidewalk.

31. The drillers and finishers were lowered down the 500-foot face of the mountain in bosun chairs held by 3/8-inch-thick steel cables. 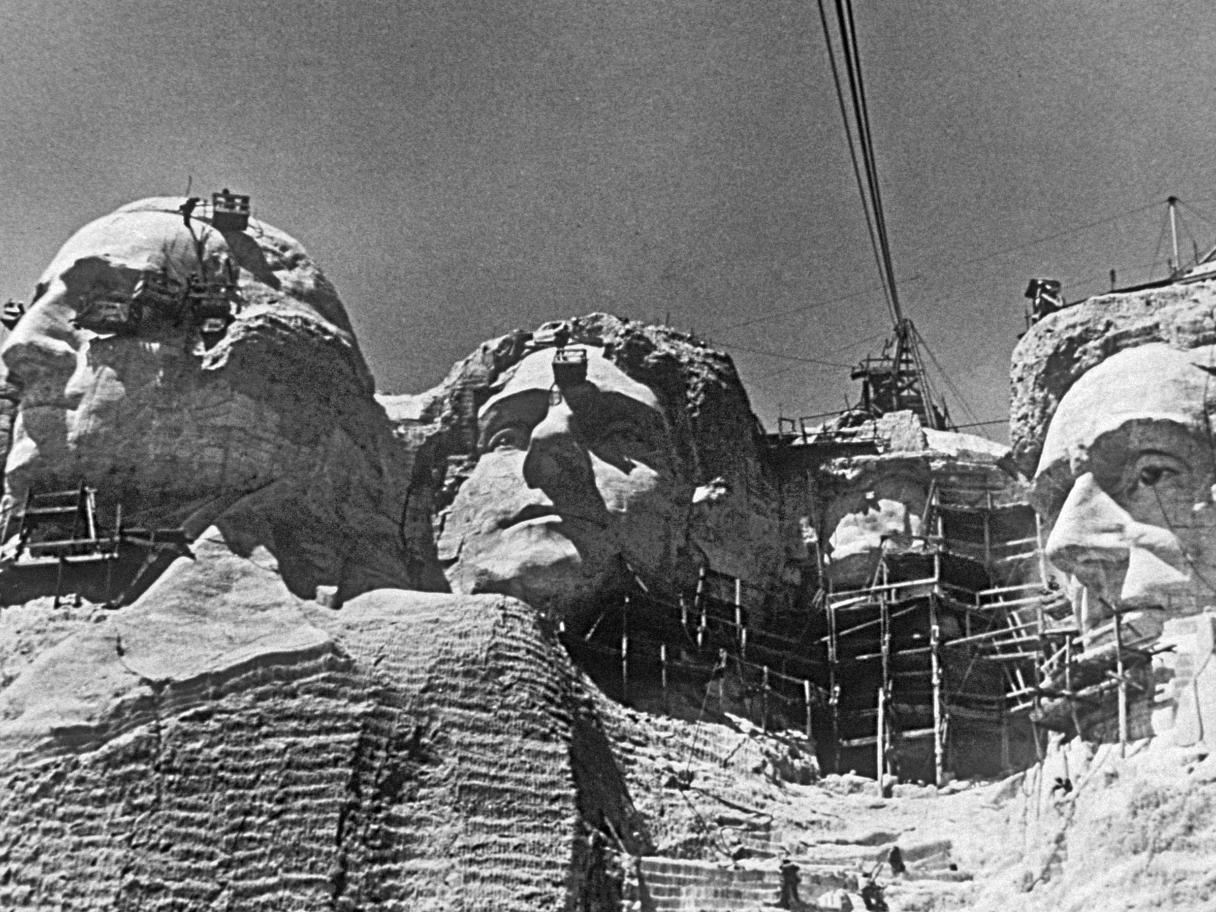 32. Workers at the top of the mountain would hand crank a winch to raise and lower the drillers.

33. If they went too fast, the person in the bosun chair would be dragged up the mountain on their face.

34. Young boys (known as call boys) were hired to sit on the side of the mountain to shout messages back and forth to the operators to speed up or slow down.

36. The faces appear in the order: Washington, Jefferson, Roosevelt, Lincoln.

37. Jefferson was originally intended to be on Washington’s right.

38. After nearly two years of work on Jefferson, the rock was found to be unsuitable and the partially completed face was “erased” from the mountainside using dynamite.

42. In 1937, a bill was introduced to Congress to add the image of women’s rights leader Susan B. Anthony to the mountain.

43. Congress then passed a bill requiring only the heads that had already been started be completed.

44. In 1938, Gutzon Borglum secretly began blasting a Hall of Records in the mountain behind the heads.

45. The Hall of Records was meant to be a vault containing the history of the nation and vital documents like the Constitution.

46. Congress found out about the project and demanded Borglum use the federal funding for the faces, not the Hall of Records.

47. Gutzon reluctantly stopped working on the hall in 1939, but vowed to complete it.

48. That same year, the last face — of Theodore Roosevelt — was completed.

49. Sculptor Gutzon Borglum died in March of 1941, leaving the completion of the monument to his son Lincoln.

50. The carving was originally meant to include the bodies of the presidents down to their waists. 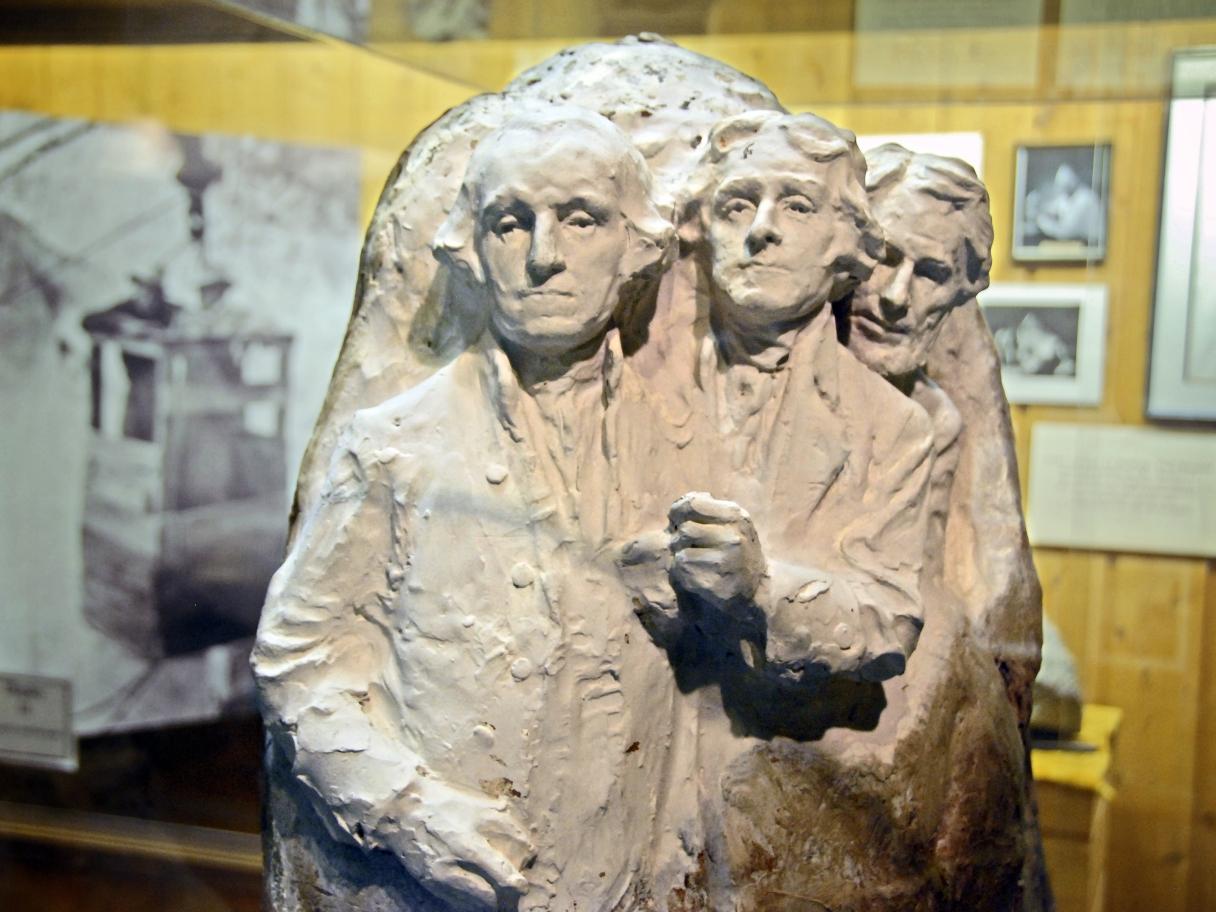 54. It’s estimated only 6 years included actual carving, while 8.5 years were consumed with delays due to weather and lack of funds.

55. Charles E. Rushmore donated $5,000 toward the sculpting of the mountain that bore his name.

56. In 1998, Borglum’s vision for the Hall of Records was realized when porcelain tablets containing images and text from the Bill of Rights, the Constitution, the Declaration of Independence, and biographies of the presidents and Borglum himself were sealed in a vault inside the unfinished Hall.

57. The Hall of Records played a role in the plot of the 2007 movie National Treasure: Book of Secrets, starring Nicolas Cage.

58. Visitor facilities have been added over the years, including a visitor center, the Lincoln Borglum Museum, and the Presidential Trail.

59. The Lincoln Borglum Museum features multimedia exhibits that let you use an old-style explosives plunger to recreate dynamite blasting the face of the mountain.

60. You can also visit the Sculptor’s Studio, where Gutzon Borglum worked on scale models of Mount Rushmore.

61. The Grand View Terrace — one of the best places from which to see Mount Rushmore — is located just above the museum. 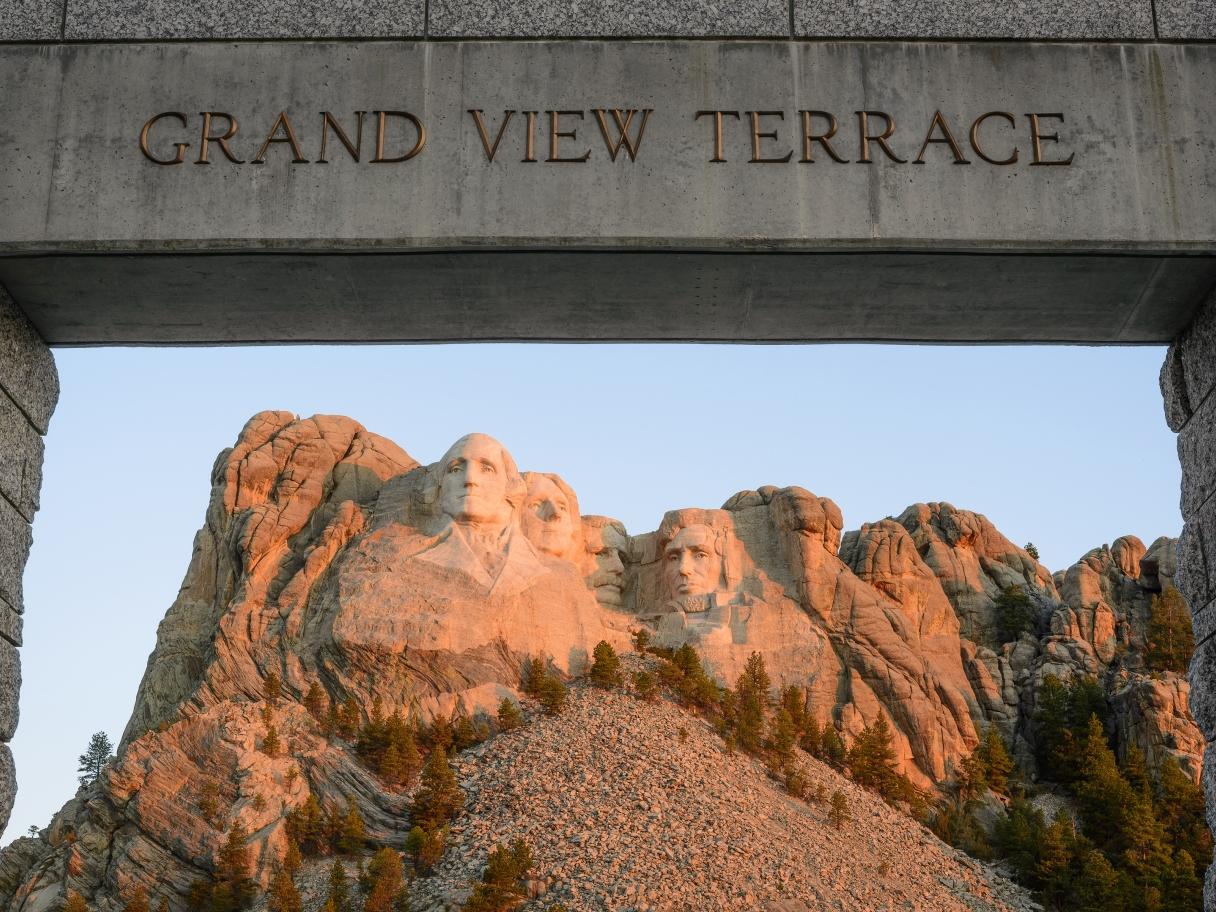 62. The Grand View Terrace is at the end of the Avenue of Flags; it has flags from all 50 states, one district, three territories, and two commonwealths of the United States of America.

63. The Presidential Trail is a 0.5-mile walking trail that offers up-close and different views of each face.

63. Rushmore’s resident mountain goats are descendants of a herd that was gifted to Custer State Park by Canada in 1924.

68. Every night, Mount Rushmore gets illuminated for two hours.

69. Since illumination can impact the natural environment (think lost moths, among other things), a new high-tech LED lighting system was installed in 2015 to minimize the negative effects of lighting Mount Rushmore. 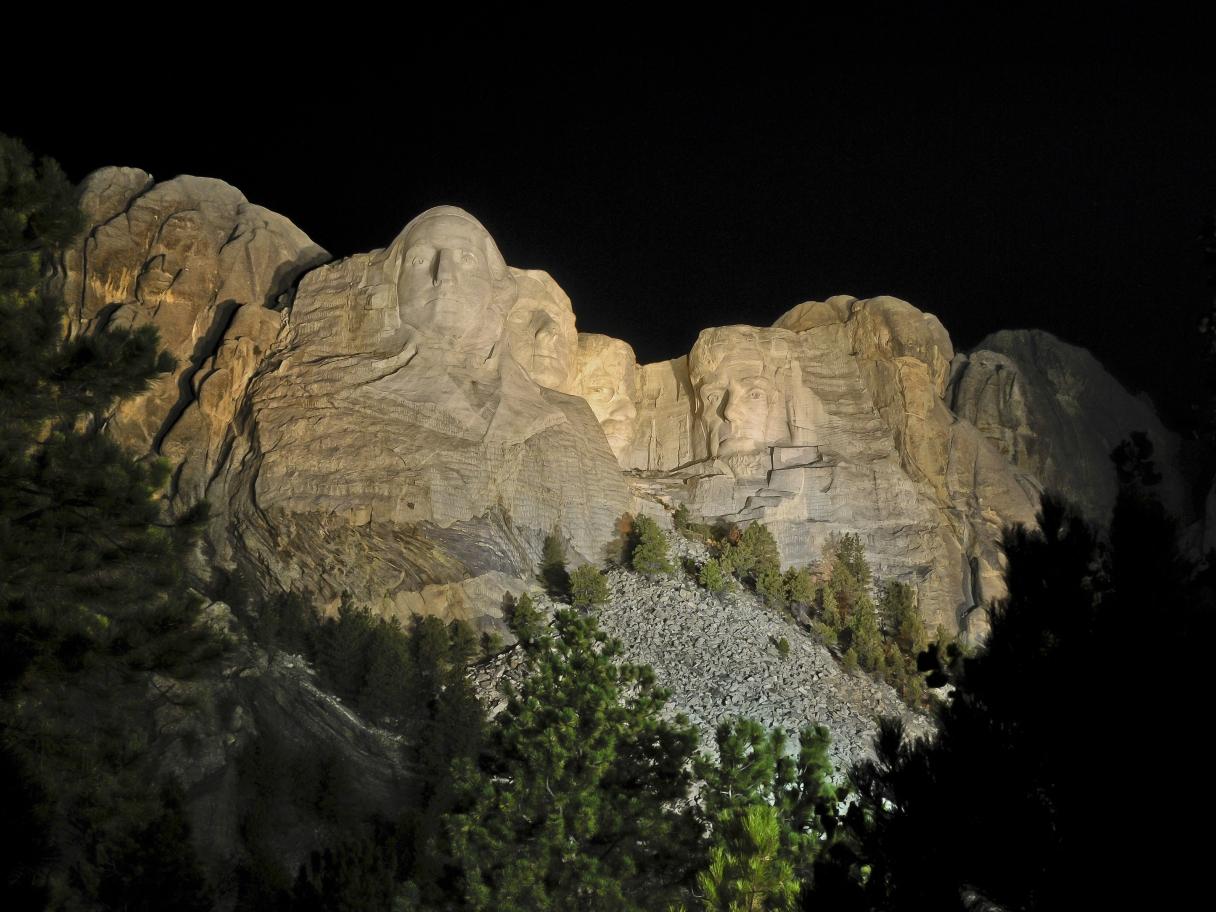 72. Since each of the noses is about 240 inches long, they might last up to 2.4 million years before they completely wear away.

73. After about 500,000 years, the faces will likely have lost some of their definition. But at this rate the basic shape of the presidents’ heads might last up to 7 million years.

74. Numerous things are being done to preserve Mount Rushmore. This has included installing 8,000 feet of camouflaged copper wire in 1998 to help monitor 144 hairline cracks. The copper wire was replaced with fiber optic cable in 2009.

75. So far preservation efforts have been successful, with Mount Rushmore celebrating its 75th anniversary this year — all four noses, chins, and foreheads (as well as all 8 eyes, nostrils, lips, and ears) intact! 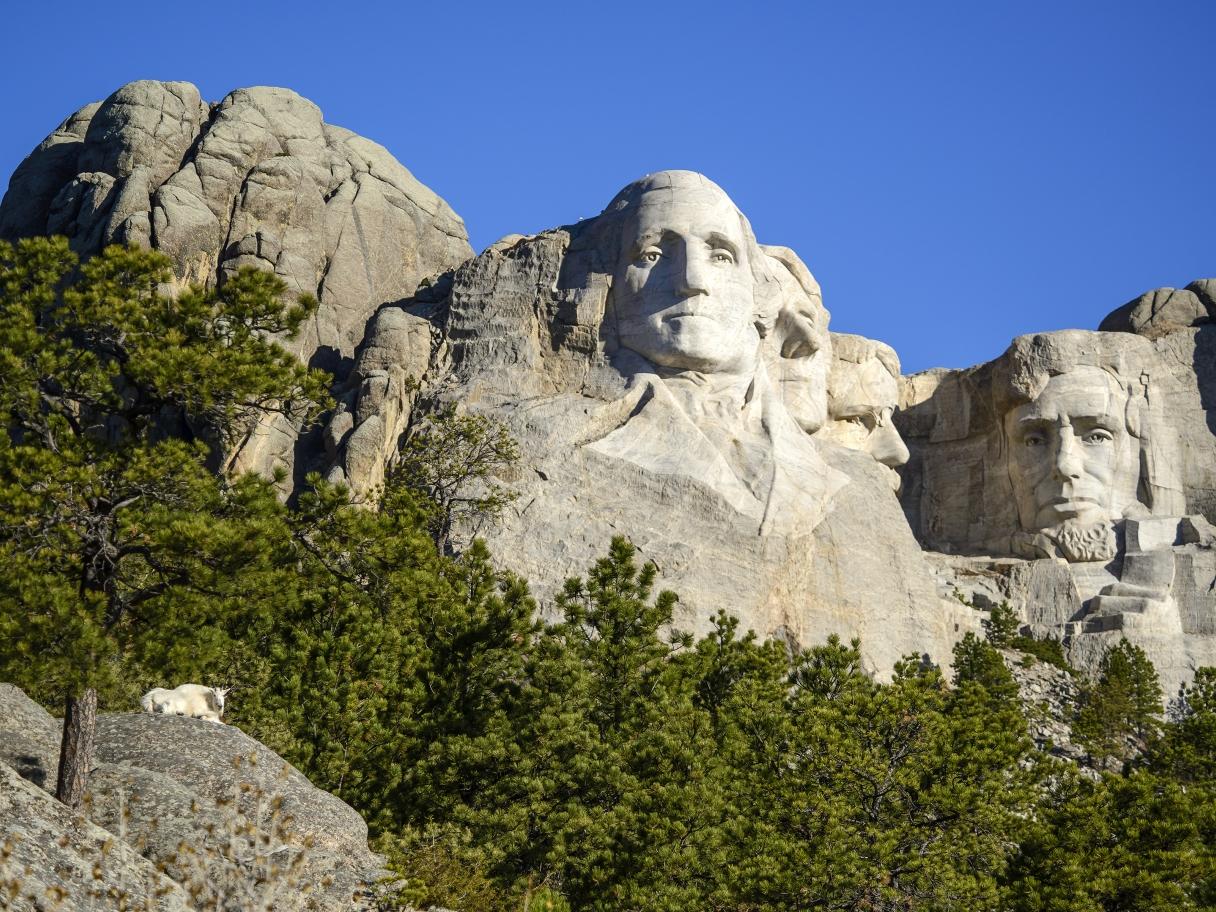 Ready for adventure? Here's your chance to win a 2021 South Dakota vacation with the Great Giveaway Sweepstakes. Explore our Great Places with a $3,500 travel voucher to use towards your trip. Travel in 2021 or 2022, but you must book by the end of 2021— so start making your bucket list! 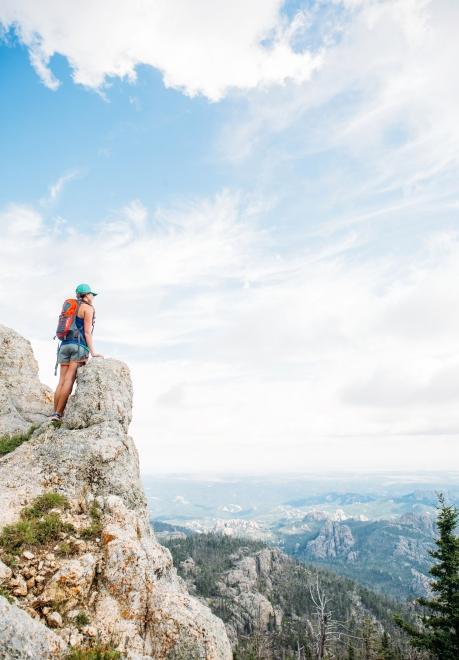 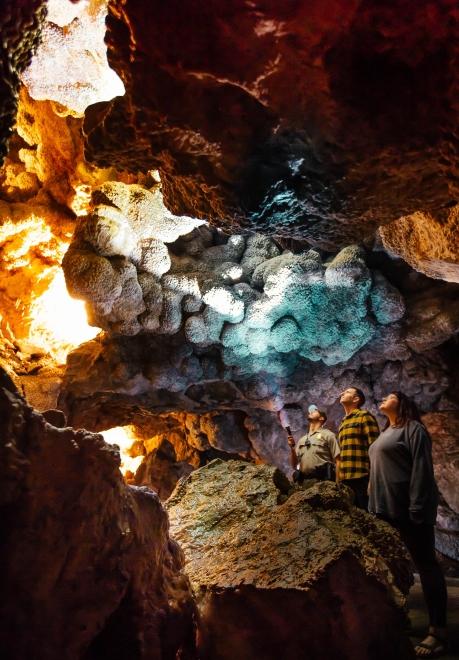